tay_ploops is jessica gabriel who is a multidisciplinary artist, puppeteer, life model, permaculturalist, poet, clown, currently based in vancouver, canada. using tape loops and other (un)sound textures. gathering gumption for growth and decay. an ongoing exp(lore)ation of lo_fyi sketches from handheld casse-tête tape reek or dings.

aaron yabrov is a manipulator of ambient tapes, analogue synthesizers and found sound. he conducts his experiments in southern germany.

his first album for pan y rosas, tonmuseum, consists of two 15 minute tracks created using nothing but found sounds and one pre-recorded analogue-synthwave. aaron recorded all the sounds in 2013 on his way to and inside the ‘klanglabor’ at grassimuseum in leipzig, germany.

pianos, chimes, bells, water drums and a regenrohr. various effects, pitched signal, drowning qualities of sounds that emerge. the quality of a piano or bell when decelerated.

chemiefaserwerk is an electronic musician based in marseille, france. he is mysterious. 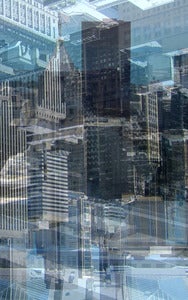 it’s called throne! it’s available from the kind people at dark hiss. genre tags – noise, minimal, harshwinter. you can get it here. do it!

news outta italy! summerTales will be releasing a physical version of their debut album recordings. the kind folks at stunned records are putting out the limited cassette. more details to follow!